Anjelia Romere finds secrets aren’t always best left unsaid. She’s the vampire mistress, AND the werewolf queen–at the same time. Now, she has to share with both alpha males that something involving magic has gone beserk.

To hide her pregnancy, she’s shipped to France when the vampires claim the old vampire master’s kingdom. Secrets begin to unravel once the vampires arrive in France.

Her child is a wonderment, and other species are curious as to how the breeding between three parents could have possibly occurred.

Especially curious is a visiting werewolf from Spain. Little does anyone know, he has in captivity another mixed breed. Unfortunately, the man in captivity is slowly dying while her son is perfectly healthy.

The Spanish werewolves want to know why, and nothing will stop them from finding out.

“Well played,” my vampire lover said. “Your wolf is getting ready to return. I’ll feed Luc. Take as much time with him as you need.”

Julian was so generous. My heart felt like it would burst with the love I felt for him. I pressed my lips to his. “I love you.”

Then I slid down the hall, opened the door to Leo’s room and found his bags packed and set by the window. He whistled from inside the bathroom. I stood in the doorway, watching the play of muscles in his back. A towel was tied loosely around his hips.

Need shot through me.

“Will you call me every single night?”

He turned. “You know it. Now come here.”

As I approached, he flicked the towel away. “My wolf wants you.”

I pressed my body to his. It never failed to amaze me, the feelings that arose between us. I kissed his magnificent chest, trailing my lips to a nipple so I could flick my tongue out to taste. His chest rumbled as he groaned.

“Witch,” he panted. He lowered his lips to mine, kissing me finally. Our tongues melded, and desire shot through me, enticing the witch.

His wolf knew what that meant. Suddenly he reached out and ripped the shirt from my body in one fell swoop. The tear echoed through the small bathroom.

He reached down and cupped my breasts, so much fuller now. His hands were deeply tanned against the paleness of my flesh. “I love you,” he said.

“I love you, too.” It amazed me how far we’d come, and how against all odds, we were all still together. 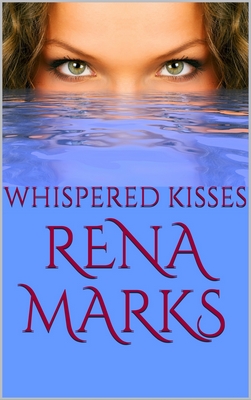