When Kele Frey wakes up, she is completely naked. A thin sheet covers her. She remembers being stabbed, but the wound at her side is now covered by a thin scar. A crest. And a toe tag marks her foot.

Dante Paris resurrected Kele. He’d asked her permission, just before she took her final breath. But she had no idea what her permission warranted.

To defy death. And to be his forever.

When she left the restroom, Dante was already leaning casually against the small table.

“That was quick, handsome,” she said. “Are you ready?”

“Not yet.” He reached for her hand, and yanked her toward him gently. “You flirt with me too easily, sweetness.”

“I can’t help it.” Kele stepped in even closer and wrapped one arm around his neck. “You’re gorgeous even if you are cross-eyed under those glasses,” she teased.

“I’m not cross-eyed,” Dante whispered, his breath so close to hers it mingled.

Kele spread her other hand open onto his chest. His heart thumped beneath her palm.

“Is this a casual flirtation?” he asked. “Do you flirt with everyone?”

“No. But you must get flirted with a lot. You are one of the most attractive men I’ve ever met.”

“And you’re the most beautiful women I’ve ever met. I’d like to kiss you,” he said.

Dante lowered his lips to hers.

Kele brought her hands up to grip his shoulders. They were broad and hard with rigid cuts of muscle. She rose onto her tiptoes to get even closer to the amazing man.

His lips were so soft and warm. It amazed her that he wanted to kiss her. He was attractive, so sexy and smelled delicious. She’d noticed how people stared at him when he walked by. He had no shortage of attention. Yet he had admitted first, before she even admitted it, that he wanted the kiss. Could it be he wanted her as much as she did him?

He opened her mouth with his lips, and his tongue stroked hers. Kele heard a soft moan and realized…it was her.

She clutched his shoulders and then completely wrapped her arms around his neck, like never wanting to let go. He deepened the kiss. All tenderness fled as he manipulated her into something wild and wanton.

His tongue in her mouth was hot. She felt flutterings deep in her belly and a quivering started between her thighs. She left all inhibitions behind and let loose with a wild abandon. Who knew if she’d ever get a chance like this again?

There was no longer anything light about his kiss. He kissed her like he owned her. He tasted every inch of her, his tongue stroking hers as he explored her fully. Vaguely she felt his hand splayed on her lower back, just under her the fabric of her T-shirt. It felt warm as he stroked.

Her heart raced, and her breathing quickened. She wanted to moan out loud again. The sounds from the diner faded away as she concentrated on Dante. Slowly, her dazed brain realized there was a hard swell between them. The bulge in his pants proved his desire was as strong as hers. She had an insane urge to wrap her legs around his waist and grind herself onto his erection. Instead, she pressed herself into the warmth of his body. He lifted her slightly, with his hands cupped beneath her ass. He lifted her up, and turned her so she was leaned against the wall. Now, she was lined up with the magnificent bulge she felt earlier. She pressed her sex against it. Her heart pounded and she felt a throbbing in her clit. This was so the wrong place for their kiss. They needed to be somewhere alone.

This was crazy and sudden, but there was no turning back from this point. 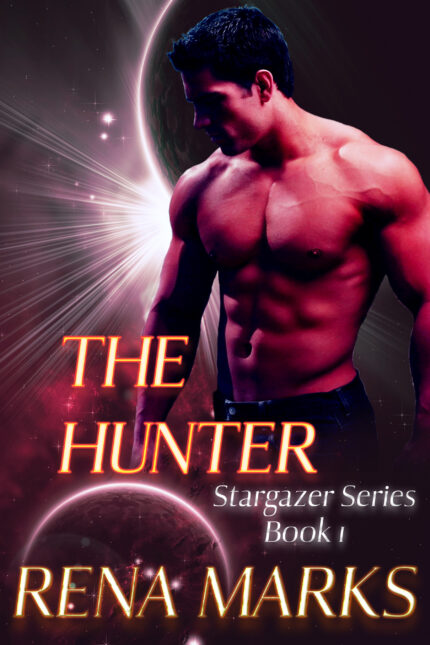