Retrieving stolen memories can be dangerous when witchcraft is involved. Now known as the vampire mistress AND the werewolf queen, Anjelia learns to balance her life between two men…smoothly seductive Julian Bax, and irresistibly sexy Leo Freedman. But when a dose of magic invades the black holes of erased memory in her mind, the dark slips in.
Just in time for Julian’s sire to visit.

I levitated several feet from the ground and simply raised my face, giving up and allowing the magic to roll through my body and soul, reshaping organs, changing things deep inside me into another being. A black, dark being.

Changing my vision, my voice, my mind—like thick black ink spreading through my veins instead of red blood.
It was almost funny.

If cut, would I bleed black? Would I ooze evil?

“What the hell?” I heard Officer Oser say to Gearman. I’d forgotten they were there, meeting us with information on Grove.

Who was Grove again?

Julian and Leo stopped fighting as they noticed my change, but it was too late. I could smell their combined blood and sweat. The savagery. The hatred. It was still there. It had been elevated magically and couldn’t be dispelled as quickly naturally.

My body hovered a few feet in the air, floating weightlessly as my head curled to my chest and my eyes closed, waiting for the moment.

The bar went silent, the quietest ever. Somewhere, I could hear the ticking of a clock. Rhythmic, steady.
No. Not a clock. It was my heartbeat.

Now a new smell hit my senses. A delicious, tantalizing scent. Fear. Fear, from the dozens of creatures that watched. Odd faces, mutated inside like animals. Or those of the palefaces, death oozing to the surface.

“Anjelia.” Merrick, my trusted tutor, approached my side cautiously. “Don’t fight it. Control it.”

“Can’t,” I breathed, as my head wrenched up. “Too much blood, too much hate.” The last word ended on an inhuman shriek that I hoped didn’t come from my mouth.

The bar shuddered with the wind that gushed through it. Literally. Glassware clinked and wood groaned as the walls of Bang’s threatened to collapse with the power of the black magic that filled me to overflowing, wanting to gush and spew forth in a sickening rush.

Slowly my body floated back down to the ground and I looked at the sea of faces in the room. It reminded me of when I was a little girl, looking into a closet of lined up dolls. All with identical, frozen expressions. 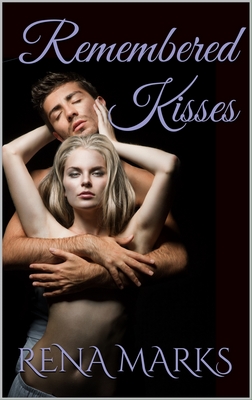