Neo has just made it back from a dangerous mission protecting innocents from a vicious alien species. He’s ready to take it easy for a couple years. Have a little vacation on the new breeding planet they call Earth.

Jessie Ashby has worked among countless Stargazers since they landed. She wants a mate of her own. Unfortunately, every Stargazer she’s met treats her like a precious little sister. Until she meets The Protector.

It figures the one Stargazer who’s finally attracted to her is just here temporarily—and looking for a casual romp in the hay.

There was a soft tap at the door before it was opened and Neo approached.

“You can’t come in here,” she snapped, barely catching herself from sitting up.

“Why not? There’s bubbles. You’re covered.”

With a grin, Neo placed a candle on the ledge of the tub and lit it. He placed a wineglass within her reach, and poured wine into it. She wondered how much he could see into the water. But he didn’t seem focused on it.

“This is awkward,” she said.

“One day it’ll be very natural, roomie, so get used to it.” He sat on the chair of the vanity, propping one foot on the seat of the toilet.

“Are you seriously going to sit and visit? Roommates don’t share the bathroom, Neo.”

“You’re beautiful, Jessie,” he said in his raspy voice. “Don’t ever forget it.”

“I’m the only one naked right now.”

“Do you want me to get naked too? It’s a large tub.” He grinned.

She took a deep breath. This was her chance to turn the tables, just like the girls had talked about.

“No man can handle getting into a bath with a woman and keep his hands to himself,” she said.

“Like I said. If you can handle it.” She sat up in the tub, hugging her knees to her chest to hide her breasts. It created room in the tub behind her.

Neo slowly stood. With his eyes glued to hers, he lifted the hem of his T-shirt up over his head, baring ripped abs and a smoothly muscled chest. A tattoo wound from his chest and down his side. He unsnapped his cargo pants and pushed them down long, muscular legs.

She averted her eyes so she wasn’t staring at his rising cock. He didn’t seem to have the same embarrassed need as she did to hide body parts.

She heard a small splash behind her as he stepped into the tub. He settled into the water, and stretched his long legs out on either side of her. An arm snaked around her waist, pulling her back against his chest.

A thrill of excitement hit at being naked in a tub with him. Of feeling his body pressed against hers. Her nipples hardened.

She relaxed against him. Skin to skin. She felt his lips press to her hair. He shifted slightly so his erection prodded against her. He wanted her.

“Hands off includes that.”

He chuckled. “Sorry. I just had to adjust it.”

“It’s a physical reaction. I can’t control it.” He rubbed it against her. His voice vibrated near the shell of her ear as he whispered into it. “It’s not a hand.”

“How long are you going to hold me off?” he asked.

“You were. What happened?” His voice was curious.

“I didn’t have the same interest you did.”

“You were attracted to me. I know it. You can’t lie about that.”

“Oh, the attraction was there. I just didn’t want a one-night stand. Then.”

She smiled, knowing he couldn’t see her. “I’m quite capable of holding a no-strings-attached relationship now.”

“No-strings-attached?” His voice was a growl.

“Sex only.” Hers was casual. “I’m not interested in you for anything else. No offense.”

Neo didn’t like the tables turned on him. Two could play at his game.

“If you think you can handle it.”

She shrugged. “You were right. I realized it. That’s all.”

Nothing poked her in the back anymore. She turned around, kissing him gently on the cheek. “You let me know, roomie.”

Slowly she stood, and stepped slowly from the tub. She felt his eyes glued to her as she draped a towel around her wet body, and left him sitting in the master bath.

She dressed quickly and headed into the kitchen to check out what they could eat. After a few minutes of Neo stewing in the tub, she could hear him splashing around.

She couldn’t help but grin.

Score one for the girls. 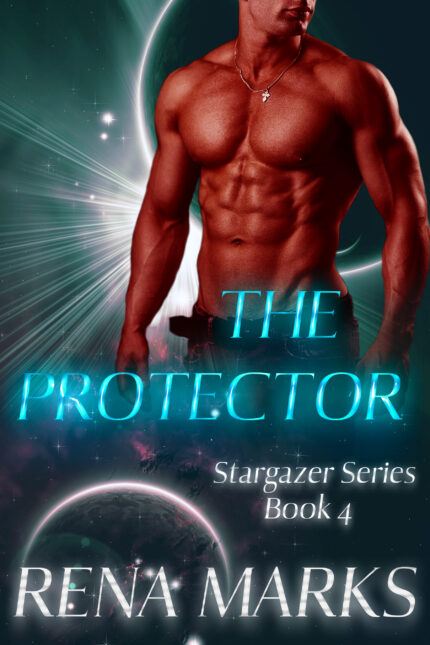