Something is wrong with the patient Dr. Cassiopeia Anderson just awakened. He grips her arm, just as she tries to run the scanner over him. He doesn’t seem like the other Stargazers.

“What is your name, female?” he whispers, his voice as sultry as the night. His golden eyes glitter.

Spellbound, the doctor answers him. “Cassiopeia.”

Hayze awakens from stasis to a blond vision. The human woman is breathtaking as she leans over him, touching him, feeling him. Coming to Earth—the breeding planet—was a grand idea. He sighs, entranced with her nearness.

How fitting. A goddess…immortalized forever in the stars. Just for him.

“Hello, Hayze. I’m Dr. Cassiopeia Anderson. A lot of the Stargazers simply call me Cassio. You have safely arrived on Earth. I’ll be your carekeeper for the next two months. After which, you will be able to visit the Realm, the area between Gateway and outside Earth. In three months, you’ll be able to travel to other reservations. Currently, Earth has three.”

With the push of a button, she raised his bed to a sitting position.

“This is Quarantine, and you’re in First Level. You will need to remain inside this pod for an entire month and study Earth customs and language. During Level Two, you will remain quarantined but will join with others of your species for the actual practice of Earth customs and socialization. Do you have any questions?”

His mouth moved, but it was in the rhythm of whatever language he spoke. However, the communicator translated perfectly.

“Are you single?” he asked.

Dr. Cassiopeia’s eyes widened in shock. Hayze thought perhaps he’d made a social blunder. The socialization study sessions she’d talked about, during the levels of Quarantine, he’d have to study hard. But right now he didn’t care about all that. He wanted to make sure he had his chance with her.

Because he had never seen a woman such as her.

Her hair was the palest blond, paired with blue eyes. Her lips were pink and her tiny nose had a sparkling diamond adornment pierced into one side. It flashed as she moved, as if it winked at him.

She was simply luscious. He had come to this planet to mate, after all. Dr. Cassiopeia didn’t know it yet, but she was his.

“Hmm. We’ll have to work on those manners. Rule one, no blurting out personal questions like, ‘Are you single?’ That just isn’t done.”

“Call me Cassio.” She smiled. The movement made the small gem on the side of her sexy little nose sparkle some more. “I’m going to give you a quick check up. Just relax for me.”

She reached for a hand scanner and ran it up his feet. Her small hand touched a spot on his ankle. An old injury. Tenderly, she probed it.

“Slightly swollen,” she mumbled. “We’ll have to keep you off it for a day or so.”

She raised the scanner higher, up his knees. Along his thighs. He reached down and pulled his frontal sheet away, giving her better access to his body.

“Is there a problem, doctor?”

“Cassio,” she squeaked. “No problem.” 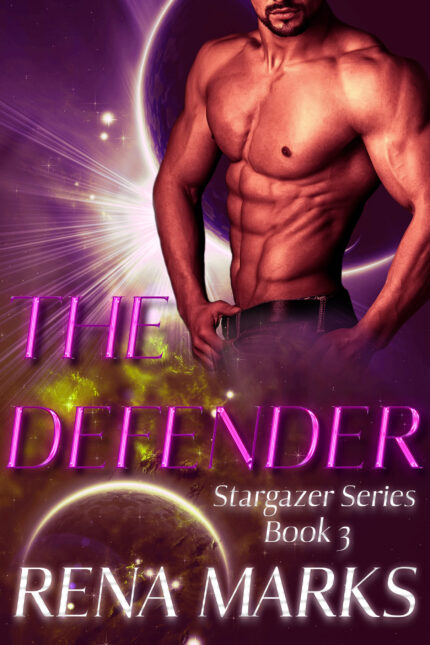