Diamond’s team, the Protection Task Force, is called upon when an American judge is kidnapped. It’s important she’s found, as humans carrying sympathy to the Stargazer cause are rare and hard to come by. Especially those in power.

But can he contain his violence when he realizes the kidnapped judge is his?

Judge Felicia Ruge is connected to the US government. An informant. An important job, because she relays facts without tainting the government against the Stargazer aliens who landed on Earth not long ago.

However, if one alien can taint her, it’s Diamond. The man looks more primitive warrior than human. His code name–Enforcer.

Diamond was shirtless, in his PTF cargo pants. A kitchen towel was flung over one shoulder. He had the broadest shoulders she’d ever seen. Tattoos wound from his lower left side all the way up his magnificent chest. His long black hair was pulled back into a ponytail, and his bright blue eyes sparkled like jewels. He looked delicious and clean. Plus he smelled good.

He must have showered. He’d been darkened by the smoke when he’d pulled her from the basement of the house. She could only imagine what she looked like. She looked down at herself. She should have been smoky, too. But she wasn’t.

“How did I get cleaned?”

“I bathed you. Sit up.” His voice was matter-of-fact as he grabbed a tray from behind the sofa.

“Gave. You. A. Bath.” He enunciated very carefully and placed the tray over her lap.

Sexy beast saw her naked. She wasn’t quite sure what to make of that. 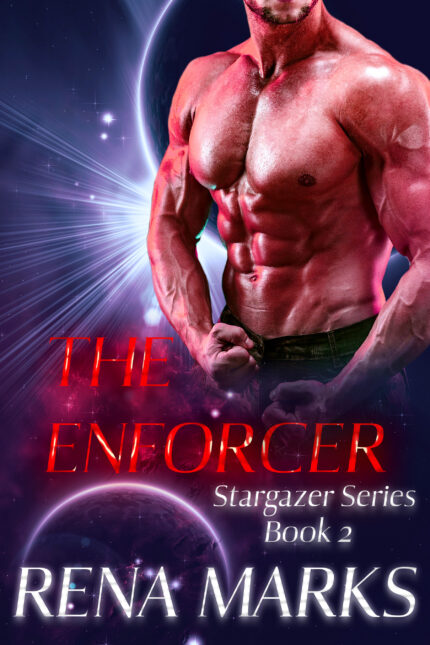