Ellis Rae Morgan is being married to the highest bidder.

Life shouldn’t be too bad with the one she’s chosen. She’ll be the pampered show-princess of a wealthy man who doesn’t have a preference for females. Unfortunately, her new husband doesn’t simply ignore women, he has a hidden perversion strong enough to harm them.

Alpha wolf Duggan Baddeaux knows his neighbor’s new bride is destined to be his pack mate. Duggan takes what he wants, no holds barred. And he wants Ellie. But he struggles to control the violence within. Ellie is used to the pampered life, not constant sex and aggression. How can she possibly feel desire for the monster responsible for kidnapping her from her husband? Perhaps she needs to be initiated into his world slowly. His brother is a patient, more gentle teacher. An apt pupil, Ellie will be shared by wolves.

“Duggan, we’ve been living together for a week. Only a week.”

“Humans need more time than a week,” she said, taking a step backward.

He stepped forward. “Wolves don’t. They consummate immediately. I gave you a week. A week that hurt, that ripped into my soul every day it dragged on.”

“I don’t want to sleep with you, Duggan,” she gasped, keeping the bed between them as he stalked her. Sometimes she thought she was ready, but when faced with the reality…

“I’ve been patient, Ellie. Do you know what I’ve risked? If other wolves knew the patience I’ve shown you, I’d be in daily fights for my title.”

“The wolves can smell you on me. You lick me always.”

“That is but one bodily fluid they are scenting, Ellis. Why do you think I keep you hidden in the house? It’s time they smelled more than that. Our scents need to morph into each other, as one.”

“I thought you kept me trapped so I wouldn’t run.”

Duggan’s head snapped up. His green eyes glittered as he snarled, “Don’t you ever, ever think of running. I’d kill you before you got the chance.”

He circled the bed toward her.

Ellie circled opposite him. “Duggan, you’re scaring me. Please, please don’t do this.”

He stopped his stalking and clenched his eyes shut as he tried to control himself. “What is it that frightens you, Ellie? What do you fear? The act itself?”

Ellie glanced down at the bulge in his jeans. “Yes.”

“Shit,” he exploded. “How the hell can a married woman be a virgin?”

Ellie didn’t answer, knowing he didn’t really expect one. She’d only been married for one day, after all.

Duggan took a deep breath. “Would you like my brother to take your virginity instead, Ellie?” he growled.
“Jonathan?” she squeaked.

“Of course, Jonathan,” he snapped, the anger making his voice curt. “Do you know another brother of mine?”
“I don’t feel that way about Jonathan.”

“Apparently you don’t feel that way about me, either. But it doesn’t matter, because one day you will be mine. I’m merely offering you a chance to be broken in more gently.”

Could she sleep with Jonathan? Her friend for years? He was certainly attractive enough. How would they act afterward? 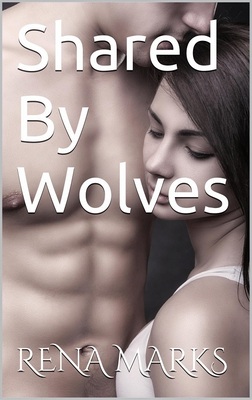