Kiss Me Before I Die

When an experiment goes wrong, Afton is sent to release the rage built up in her system by a desire-enhancing drug. Once she finds Ethan, head of the vampires, the drug kicks in. Suddenly, instead of wanting to kick his ass, Afton wants to kiss it.

A love affair between a vampire and an Extinguisher is doomed from the beginning, but Afton can’t resist the lure of the predator. Ethan’s blood calls to her quicker than she can run. What a frustrating predicament, to be trained to extinguish vampires when all she wants to do is bed him.

I should have been startled at the rush of cool air behind me. At the very least, surprised, because it had been a year. Somehow I wasn’t. Time melted away, as though it had just been yesterday.

A whisper of sweet breath curled near my ear. “You cannot get away from me, bella. You’ll always be mine.”

“I own myself,” I whispered back. “I’ve refused you already.”

His finger trailed down my shoulder, along my bare skin, danced down my arm. Lightly skimming, reminding me of the touch I craved. I breathed deeply as the blaze kindled deep inside.

He was right. Denial was impossible, avoidance was easier. Was it his power or was it something indescribable between us? For now it didn’t matter.

Heat licked against sensitive nerve endings. His palm, open and warm, pressed flat to my abdomen, pulled me back into him. I could feel the fire between us, coiled tightly inside and knew I’d soon beg for his hand to inch its way lower.

His voice, deeper than ever, taunted me with known pleasure. “I could make you come, here and now. No one would ever know.”

Temptation was sinful and it was what I fought hard against. The lure of the vampire. My best weapons were fight and flight.

He was right but I wouldn’t acknowledge it. The burning edge of desire struck me tenfold. It was a drug, an addiction I still fought.

Sometimes, it was one I didn’t want to fight.

Turning my face slightly, I looked into his eyes, then deliberately pulled away.

His smile was sardonic, but he let me go. I wouldn’t be able to suppress the urge for long. The awaited anticipation would make my failure sweeter.

“You run, Afton. But you unknowingly head for my own jurisdictions. There’s a reason. You are mine.”

“No, I’m not,” I said clearly. The bastard was way too cocky. And why shouldn’t he be? Dark hair contrasted with lighter brown eyes against creamy skin. The distinction of his lighter eyes stood out even more when he wore carefree stubble darkening the line of his jaw, appearing dangerous and mysterious. He was tall, broad-shouldered and exuded sex appeal like nobody’s business.

But I belonged to no one and never would. Instead, I sighed. “How did you find me, Ethan?”

“It doesn’t matter,” he whispered and wrapped strong arms around me. For the briefest moment, I leaned into his strength. Felt it envelop me like a cloud of comfort on a cold day.

The need struck even harder now. It was so easy to close my eyes and go with it. Stop fighting. Give up my independence, my humanity. Everything that made me…me.

I stepped away. “Stop it,” I chided. “Keep your tricks to yourself.”

He knew what I was talking about. He had been imposing his will upon me, a mockery to make me believe I was willing to surrender. I would have fallen for it, if I had not given myself the conscious reminder of fight or flight.

“Play nice or I’ll run again,” I warned. But was his need as great as mine? I allowed him to step close to me, close enough that I smelled the aftershave wafting from his skin. He leaned his lips toward mine, silently begging, yet also daring me to take the chance. It was the tiniest opportunity and I couldn’t resist, for it had been way too long.

I tilted my head back and parted my moistened lips. We touched. And all hell broke loose.

Wants, needs, feelings. Emotions ran rampant throughout my soul, yearnings and cravings of a body that had been too long without. I gasped for sweetened air and his tongue touched mine. It stroked lovingly and yet demanded my full surrender. Only one person could be this loving and challenging all at once.

I felt his hunger, always carefully monitored but now ready to break uncontrollably through. It bubbled to the surface before it was tamped back down when he broke the kiss.

He strung heated kisses along my jaw before returning to my lips. I was too eager to kiss him back. I’d missed this desperately. My reservations were flung to the back burner.

The music blared and the bodies around us quickened, movements becoming jerky, like mindless zombies with limbs partially stuck in the frozen throes of rigor mortis. But only their brains were dead.

Lights flickered off and on.

Our tongues entwined, smoothly touching and dancing, sensuously sliding together, making promises that neither of us could keep.

Our lips meshed thoroughly, hands roaming each other’s bodies. He gripped my hips, pulling me into him. A shiver of need shot through me.

Yelling ensued all around us, angrily raised voices screaming with frustrated rage.

We broke apart, breathing heavily. Hearts racing. He lowered his forehead to press against mine as he kissed the tip of my nose.

“You’ve upset the balance,” he murmured. “Come with me.”

Glass tinkled as a bottle crashed over a person’s skull in the scuffle just a few feet away. The victim collapsed like a tree, leaving the scent of blood behind.

“Foolish,” he murmured and was gone.

As usual, he left me to clean up the mess we’d made. 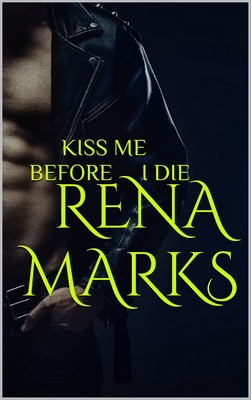