Get lost in a world where supernaturals have come out of the closet.

Anjelia Romere finds herself intrigued with a seductive temptation, Julian Bax. Soon she’s tied for life to him–until she meets the devastatingly irresistible Leo Freedman. Leo is a werewolf who swears Julian erased her memory of being his werewolf queen.

Now Anjelia is forced to choose. While both offer hot passion and steamy nights, one option is insanity, the other, death.

“No.” One word, barely whispered out.

I understood. He was too hungry and afraid to hurt me. Maybe even afraid to turn me.

“Oh, yes.” I looked into his eyes and pressed the barest of kisses to his lips. “Drink up.”

Neither of us could survive otherwise.

I bared my neck to his lips again. It was too much for him in his weakened state. I felt the puncture and the warmth flowing from me to him. It felt a lot like the first time when I’d accepted the protection mark. I felt his strength returning. His sucking strengthened, becoming more rhythmic. It was a sweet feeling, nurturing, knowing that he could not live without me. My own breathing started to slow. I was vaguely aware of being weakened and drained but didn’t care. Didn’t want to care.

Julian pulled away and my head floated down to his chest. He stroked my back and held me gently while I shivered. I was cold now, damned cold. All that beauty was gone. Julian was crooning softly, making soothing noises against my forehead. My shivering worsened, until my whole body trembled. It grew worse and worse until my arms and legs jerked in spasms like a seizure.

Julian was strong again. He lifted us out of the coffin and carried me upstairs, all while I jerked and twitched in his arms. We moved through the bar, and headed up the back stairs. I was dimly aware of the other vamps, Johnny and several of the others all speaking at once. Lily was there and stroked her fingers down my trembling cheek.

“She’ll be all right,” Julian assured her but he didn’t sound as if he believed it. “I’ll just get her warm.” He took the stairs, two at a time, to his office. Johnny was right behind him.

“Get blankets out of that closet, spread one on the floor.” Julian commanded. While Johnny spread the blanket, Julian stripped my clothes off. I was naked but I doubted my blue extremities were attractive to anyone. Julian stripped too and held our naked bodies together. Johnny covered us with another blanket. Soon I heard Julian say, “It’s not enough. She’s still cold. Johnny, strip.” I felt another warmth enveloping me, Julian on one side, Johnny on the other.

I heard a howl as Leo stood in the doorway. 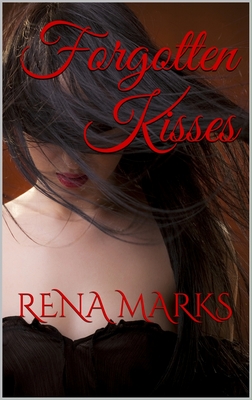