While Julia Henderson’s in a position to care for her parents and elderly grandparents, there’s no time to date, even if you do earn a hefty paycheck as a paid author. The perfect candidate for her plan is her brother’s handsome ex-partner on the force. But seduction is difficult in his zany neighborhood, where little old ladies can’t keep out of trouble or keep from blabbing secrets. And her secret is huge. She isn’t just any old author.

There was silence around the witch’s table until Ginny Ann popped her head up suddenly. She stared directly at me, accusingly.

“He always loved you more, Juliah. He never could get over your fling.”

Even knowing Ginny Ann, Gladys, Tori and Jaime still dropped their mouths in shock. I gave them a dirty look to remind them who was normal here.

Barbie whispered loudly to Edna. “Told you she was a slut.”

“Ginny Ann,” I said. “Elmer didn’t mean anything to me. He knows that. I’m back on with Chris again.”

“You always get all the handsome ones first, and I get your leftovers,” she complained. “Oh, Elmer, why?” she said dramatically, pounding on her heart. “All I ever did was love you. Was it too much? Was my love smothering?”

Elena reached out and patted her fist that was still on the table. “There’s lots of other fish in the sea, dearie.”

“But he was so handsome!” she wailed, her eyes squished tightly closed in pain. “He looked just like Vin Diesel.”

Tori gasped. Then there was just dead silence.

Enough was enough. Vin Diesel was one of my favorite fantasies, and I frequently imagined him during my writings. I wasn’t letting Ginny Ann ruin that one for me.

“Ginny Ann, he did not. Elmer had more hair. Five of them, and they were long ones because he refused to cut the last five. And Vin Diesel has teeth. Beautiful, sexy white, sparkly teeth.”

For a second, I thought she was going to refuse to speak to me. Then she opened just one eye, and focused it on me.

“You’re right. He was an old bastard.”

I nodded, relieved that she was no longer wailing in that high-pitched, pathetic voice.

“What kind of man takes me on a double date with his ex? And to tell the truth, his breath kind of smelled. I’m hexing him.”

She flung both arms out, taking hands with Elena and Jaime.

She could be so bossy.

I was so glad I was sitting between Tina and Tori. I took their hands gratefully, fully aware that I could be across the table, forced to hold hands with Edna and Barbie.

They glared at me from across the way. 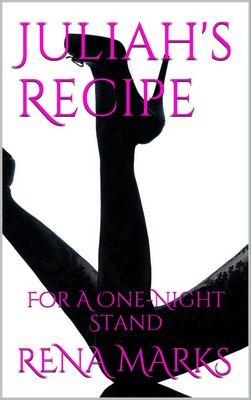