Natalya Hershkle had been appointed ruler of Luciefyiore. But a girl makes one teensy blunder and the whole ungrateful dimension turns on her. Her punishment is to be banished to Hell on Earth until she can rectify the mistake. By causing true love.

“You! What are you doing here?” Instead of sounding panicked, Natalya was annoyed that the human from the park was here. After all, she was The Huntress. Men were her snacks.

He leaned against the door frame, arms crossed. Watching her as though he had a right to.

“How’d you get in? Did you follow me?” It was at this moment that she missed those horns. They’d rise about now, strengthening her with an infusion of power the human could only wonder about.

He simply raised an eyebrow. “Follow you? Hardly. This is my…cousin’s house. I arrived earlier and got the key from Keara’s dad, Demitris.”

Wow, this was hunky Caleb and Keara’s cousin? The guy from the train station with the acceptable package? Speaking of his package, how did the man walk? Just like earlier, he had a huge bulge in his jeans. But this time, he stared just as eagerly at her body. As he should, for she was a beautiful woman. Fit for worship.

“How many inches do you have?” she asked suddenly.

He blinked. “Excuse me?”

“Your size. How big? It’s always so disappointing to get someone naked and see no reason to continue.”

There was dead silence in the house. She wondered if he’d even heard her question.

She looked puzzled. “Of course not. That’s never happened? You both get naked and see what a man calls average and it’s smaller than the length of your hand. I know, I know, size isn’t supposed to matter but it does, don’t you think? Sometimes a woman just needs to be filled.”

“You’re not from around here, are you?”

“You are absolutely the oddest woman I’ve ever met.”

“You’re standing here half naked, talking to me about my cock and don’t feel the slightest embarrassment.”

“I’m beautiful. Why should I be embarrassed?”

“You have no modesty.”

“Is that bad? Wait a minute. Are you trying to distract me from the question I asked you? How big you are?”

“No! I mean, I’m not comfortable measuring it for a complete stranger.”

“We wouldn’t be strangers after the act,” she assured him. 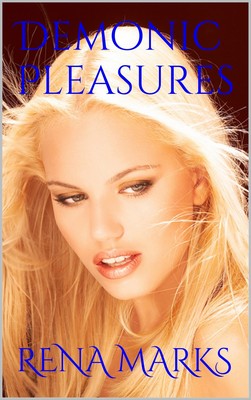