Keara Knight is the offspring of a human mother and demon father. Caught between two worlds, she’s forced to live as an orphan among demons. Powers within her grow, causing her banishment as a teenager, to the hell dimension known as Earth. Bitter after falling in love with a treacherous human, she develops the ability to make men fall in love with her to the point of madness. This attracts the attentions of Enishka, the demon lord. Now she’s being tested to find which species takes precedence, for to be proven completely demon makes her eligible to be his bride.

Sexy Caleb Van Trump won’t allow her demon side to overrule and tip the balance between good and evil. He’ll awaken unknown passions and emotions in the half-breed to prove her human goodness. But can the naughty little demon find heaven in the arms of a human now that she knows how evil those creatures can be?

“You failed?” his voice was deceptively sweet. “I don’t see either one of Keara’s human toys here.”

He swiveled his protruding bug eyes to the empty cages which had been set to either side of the altar. Keara felt sick when she realized it wasn’t going to be a wedding stage, but a torture chamber. He had been prepared to torment Caleb.

The blonde demon barely glanced at Keara before dropping her eyes in reverence to the demon lord. “Yes, master. I was unable to steal either one.”

The swamp went loud with whispered chatters. As far as anyone knew, Natalya had never before botched a mission.

“How in the world could you have failed?” Enishka asked suspiciously.

“Keara was able to spot me when I arrived in her hell dimension. She weakened me and thrust me back here before I could make contact with either one of them.”

“And did you return?”

“Yes, which sucked nearly all of my power.”

Keara’s voice rang out. “It was too late. Caleb’s soul was already gone.”

Enishka’s head turned slowly toward her, the creaking of his neck bones popping as though his head would fall off. “What do you mean?”

“His soul belongs to me now.”

“Damn you,” Enishka screamed at her. An image of his angry face glowed as it flew across the swamp before it zeroed in on her, hurling at her so quickly it made her sway with dizziness. “You knew I wanted the human. You knew I sent Natalya for him.”

He raised his arms and the wind picked up loose rocks and sticks. One swing of his arm hurled the objects at her.

Keara curled on the ground. When it was over, a pile of debris buried her. The swamp was quiet. Bravely, the little two-tongued demon named Tobias moved to find her. When no one stopped him, he began to cautiously dig her out. An airway was dug first around her head and she coughed and sputtered as he lifted more rocks and wood out of the way.

She was filthy, covered with cuts and bruises. Scratches everywhere, stained red with her odd human blood.

But there would be no Protection Fairies this time. She’d been decreed demon. “Are you all right?” Tobias whispered.

Keara glanced up. Her eyes were completely blue. A strange glowing color that was completely opposite to the red glow of Enishka’s. And yet offered an unexplainable comfort, like coolness for the fire.

In the background, Enishka stamped his feet angrily, as a small child would. “Lock up Natalya for failing. And dress her in wedding finery as my backup.”

“It’s too late,” Keara said calmly. “Fretting is pointless. His soul is gone. There’s nothing you can do. It’s mine.”

“Then yours will belong to me, half-breed. Along with your powers.” With that, the world as Keara knew it went black. 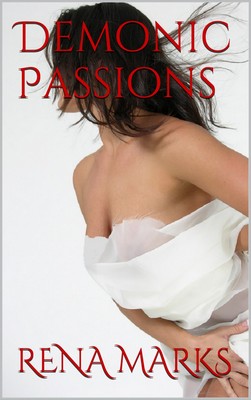