Abducted by aliens and taken to a strange new planet is hard enough. It’s even more difficult when you don’t speak anyone’s language—not that of the strange, blue barbarians native to the land, nor that of the other humans stolen from Earth.

But this is my chance to make a different lifetime for myself. A life where no one knows I delivered babies for a living. To know I alone was the village midwife, solely responsible for life and death situations.

Until the first hybrid baby is born, when my destiny suddenly smacks me in the face.

The infant is small, but healthy as he wails. I had dispatched village youths back to the resort to notify her husband about what had happened.

The mother is beyond ecstatic. Tears cover her face as she rubs the baby’s back, pressing his tiny naked body to her warmth.

“She wants to know why he is not eating,” my translator, Socorro says.

“Tell her he still carries nutrients from the umbilical cord. He will not feel hunger right away. He has enough nourishment for a long while.” My lip tightens.

That is another hospital misguidance, making women feel as though they are inadequate because an infant does not latch onto the breast immediately after birth. Hunger is what brings out the newborn’s latching instinct, not a mother’s adequacy or lack thereof. Still, so many mothers are chastised by the educated doctors that they feel guilt, and when forced, the child does latch. But frustration grows because the wan sucking does not release the beginning milk immediately. Then the mother’s stress hormones kick in, preventing more release of milk. It is a vicious cycle.

I continue with my instructions. “He is small due to being born so early. He needs constant warmth and cuddling. But he is healthy. Tell her not to worry about that.”

A hospital would have incubated the infant, providing the warmth, but changing his sleeping pattern with bright lights and lack of human touch. Eventually the interrupted sleep cycles would cause other issues, nervous disorders and chemical imbalances in the brain. The child would be diagnosed as hyperactive and would be medicated. A waste of a normal delivery. However, doctors are convinced they know more than me, a backwoods midwife.

Just then her husband is brought into the hut, and he never had time to change from the expensive three-piece business suit he wore to work that morning. Someone provided him with suitable shoes, however. My roads are not paved, and I imagine his dress shoes would have been slippery against the mud and gravel. With tears in his eyes, he kisses his wife, and they talk back and forth. Socorro moves closer to me.

“He cannot believe this child is healthy. He was sure they were going to lose another. Especially as she was not due for another four weeks. He is telling her that they need to hurry for the hospital. She is refusing because she says she is not exposing the baby to all those sick germs when there is no need.” Socorro smiles. “She has listened to your instructions well. The baby is perfectly healthy but small.”

Her husband calms as he looks at the baby, putting his pinky finger in the little one’s tiny fist.

“I imagine they will stay a couple of days,” I say.

They do more than that. They send for food from the resort, and feed the entire village where I live. People have never eaten so well. I imagine the whispers behind my back will lessen after this one.

I keep in contact with the American, Lori—Socorro always present—for the next several months while her husband finishes his project. Together, we watch her baby grow fatter and bigger. Finally, on the last day, Lori presses an envelope of papers into my hands.

“She knows you do not wish medical training,” Socorro says. “But she says this is a passport and plane ticket and plenty of cash. She wishes for you to visit her in the States whenever you would like. An all-expense paid trip.”

I have grown attached to the chubby little imp who suckles at her breast, so I agree. Two months later, I spend one week in the States. It is on that return trip home when I am abducted by monsters.

The limousine drops me off at the hotel, where I can relax before my return flight home. I have several hours still and will walk the gardens. A shuttle will take me the short distance to my departure gate, and I do not even have luggage to carry. It has been handled and delivered for me.

There are herbs in the hotel garden—rosemary, thyme, and sage. Even a bit of mint. It is a hybrid plant, and I cannot tell if it is peppermint or spearmint. But for some reason, my stomach has been anxious all day. I am ready to return home, there is no doubt about that. Yet seeing another country has shown me an entirely different way of life. As I sit and try to relax, the acids in my stomach burn. An uncomfortable tingle burns the back of my neck.

I decide to meditate—to pray to the Mayan gods for protection. I reach for a piece of mint, and chew it to settle my stomach. Then I close my eyes.

A whoosh sweeps through my stomach. I open my mouth to gasp, and I’m surprised when I do not hear the influx of air. Slowly I open my eyes.

The air all around me is a deep, dark red, and I’m hovering about ten feet over the bench in the herb garden. Surely I must be having a vision during my meditation, though I didn’t recall slipping into the meditative state yet.

I am glad for the protective qualities of the mint in my mouth. It calms me, because this vision seems so real. I close my eyes and breathe deeply.

It’s the last thing I remember. 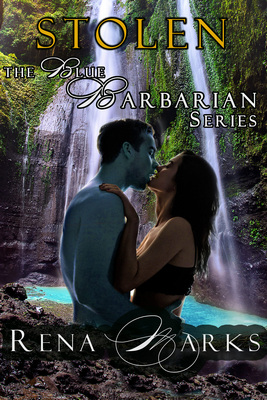