Sara Michaels is a woman caught between two very different men. Mortal enemies. And she’s having a hard time choosing just one of them.

Beau Pierson. Blond, blue-eyed, tanned. A wealthy man who worships the ground she walks on.

Aric Ishee. Dark-haired, green-eyed and sexy. A sultry promise that whispers in the night. How can she choose?

But it’s never easy to have psychic visions and feelings. It’s even worse if your past life starts to unravel, mixing with your present-day problems. A new boyfriend into the mix causes tension. A second boyfriend causes conflict. Just as in a previous lifetime, Sara must choose between the two, which will surely cause her death. Again. This time however, there’s no chances left for reincarnation. And Sara’s last life impacts this one. As Seraphina Samorra, she was caught between the same two men centuries ago.

Can she relive the past without influencing the future? Can she change the future before it’s too late?

The air thickened with tension as Beau took in the sight of Aric holding Sara in his arms.

“You two know each other?” Sara asked, confused.

They hadn’t broken their stare.

“I take it your lunch plans are with him?” Aric asked.

“Yes. I met Beau the same day I met you,” Sara said, gently. “I guess it wasn’t fair to date you both and not tell either of you about the other, but I never really knew how to say it.”

Then Aric did something remarkable. He smiled at her, easing her worry. “I think I’ll ask you to come over for dinner tonight then. Since you’re busy for lunch.”

It was only fair to accept. He’d come here to surprise her and gotten the shock of his life instead.

She nodded. “Of course.”

Aric’s face blazed triumph, while Beau’s looked dark with fury. His fists clenched, as if he couldn’t control himself.

Sara looked at him warily, knowing a myriad of expressions flit across her face. She’d always been expressive. 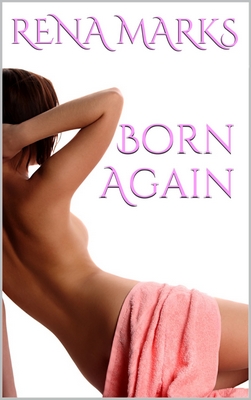