The Raza are a people full of honor, faith, and family. Especially Havak of the Jaha clan. His first yun is of his heart, not his blood. But when his mate dies and his beloved yun goes off into the world to study other people and languages, the Creators give him a second chance at life. He happens upon a strange little yun of a species unlike anything he’s ever seen.

When the yun wakes and screams, he gives her a bub-bub, wraps her in a pu-pu, and packs her in his sket to bring home.

His huge heart is filled with love for his second adopted yun.

Ivory Bellows wakes up in a strange land filled with blue giants. They threaten her in their strange language, shove a plug in her mouth to keep her quiet and take her home to fatten her up. And marinate her. They must marinate her when she sleeps, because she’s swollen and always needs to pee.

Oh, God. She’s dinner. It’s only a matter of time until they decide when.

But when a hot new alien arrives, the only way she can keep sane is to pretend he’s her husband and she’s his wife and everything is hunky-dory fine. 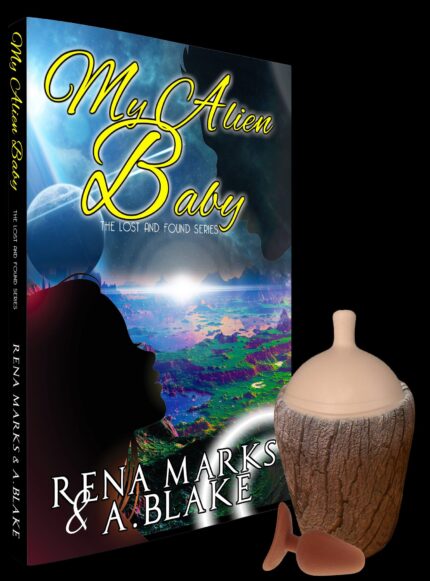