When Earth becomes the monsters.

Seven years ago, our country had welcomed an alien race of beings to live among us. Our planet had nearly been destroyed by the third World War, several continents sinking into the oceans from the aftermath. The nuclear attacks killed three fourths of the population instantly, with many more dying later. Lands were destroyed, and we set global warming into full effect. The remaining people, with females outnumbering males twenty to one, combined into one government system, run by one man, the Earth President.

The Britonians had left their planet with a dying sun. They reached an agreement with Earth to clean up our ruined planet with their modern technology in exchange for a new place to live. Little was known about them, other than they seem honorable. After all, with their technology, they could take us out and keep our planet for themselves.

So we don’t doubt them when the Brits propose our women being matched to other species in need of females, called The Match Program. It seems a sound proposal that our President welcomes. Naturally there is some trepidation for the women who will leave the planet to live among strangers in the stars, but all have assured us the program is flawlessly engineered to match us perfectly.

Earth females think we’re monsters—but we have six months to make them ours.

The Match Program put together by the Britonian race assures my people that mates from a human planet would be a perfect pairing for us in exchange for our plentiful gold. But those females think of us as monsters. Instead of them allowing us to honor them, they shiver in fear and wish for us to treat them as slaves. They have been taught this way from birth.

On a planet of beautiful, plentiful females repressed by their own males, who are really the monsters? 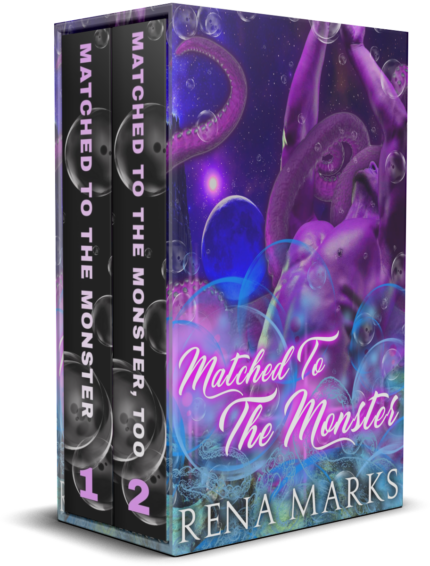