The Kadian Guardians have crash-landed on their mommy’s old planet, Earth.They need to be rescued, so the daddies of their beloved purple planet are off to save the day. But can they really save lives without the help of their own little space babies?

Freijians: Self-proclaimed heroes; discoverers of the beloved babies in space.

There is a new mission for the cousins of those infamous Freijians who discovered a dead planet with an orbiting pod of beings in stasis. Unfortunately for the two-man team, the Kadian Guardians, their vessel crash lands on Planet Earth.

Melissa Twining may come from a small, rebellious town in Wyoming, but she knows aliens exist. And she knows two handsome ones have touched down on her land. Unfortunately, so does the local sheriff.

Torrington, Wyoming: A rendezvous point for drop-off and retrieval of dangerous aliens. The one town on Planet Earth that is not yet ready to accept the existence of other beings and other galaxies.

Now the captain and first commander of Helian Six must rescue the Guardians from the rendezvous point of Torrington, Wyoming. Things never go as smoothly as planned when naughty purple babies stowaway on the ship. 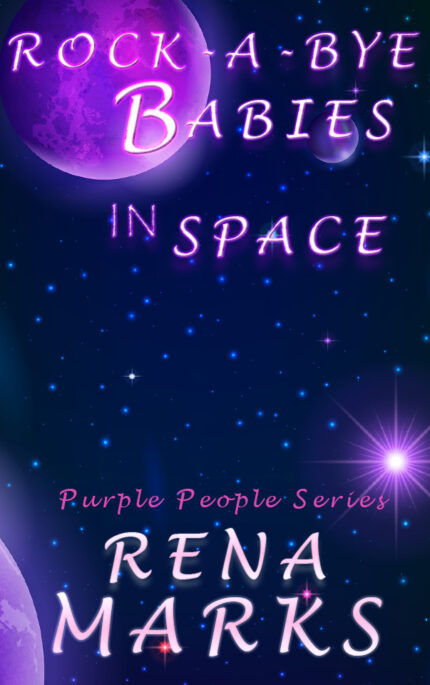